The valley stands on the west bank of the Nile, opposite Thebes (modern day Luxor), within the heart of the Theban Necropolis. The wadi consists of two valleys, East Valley, and West Valley.

This area has been a focus of archaeological and Egyptological exploration since the end of the eighteenth century, and its tombs and burials continue to stimulate research and interest. In modern times the valley has become famous for the discovery of the tomb of Tutankhamun (with its rumors of the curse of the pharaohs), and is one of the most famous archaeological sites in the world. In 1979, it became a World Heritage Site, along with the rest of the Theban Necropolis. Exploration, excavation, and conservation continue in the valley, and a new tourist center has recently been opened. 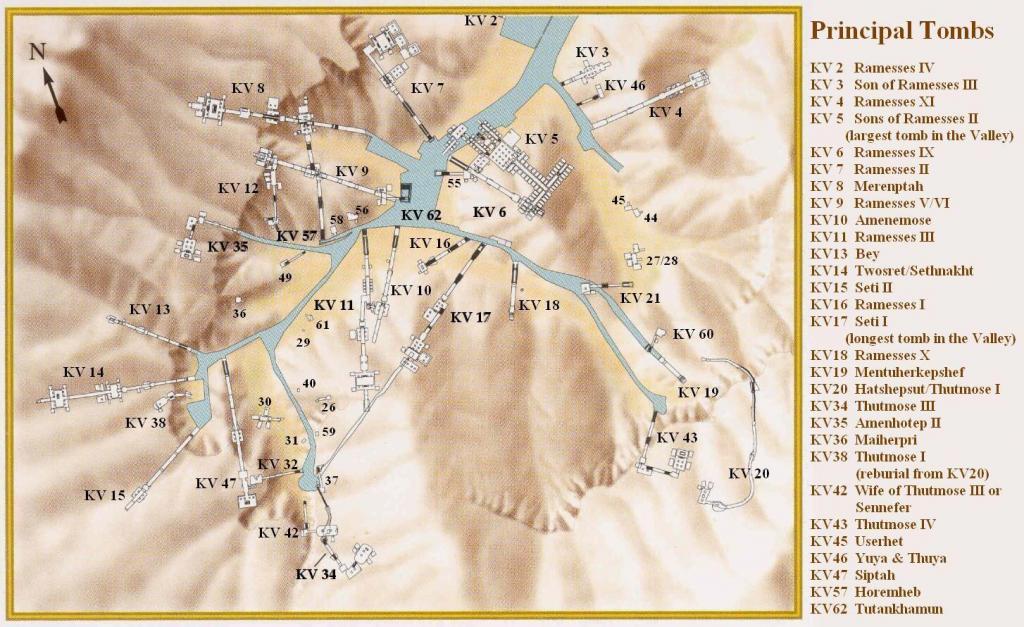