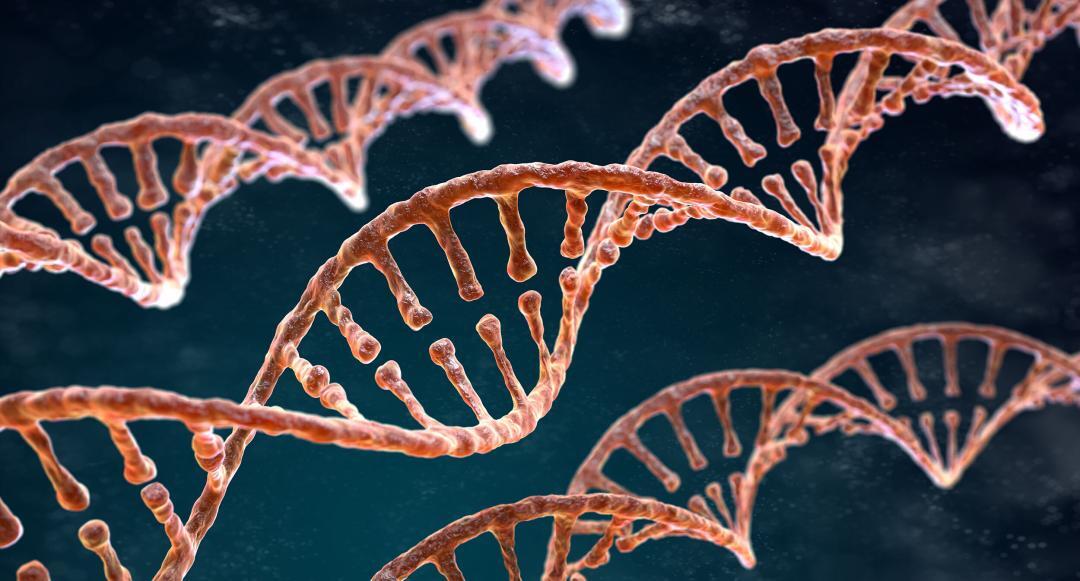 Have you ever stopped for a moment and thought about all the generations of people who have lived before you?

Many of us are born into a family with some idea of who our biological parents, grandparents, and maybe great-grandparents are, though even this knowledge is not a given. In the last few decades, scientists have developed techniques to tap into our ancestral lineage in a more exact way, analyzing simple bodily specimens like spit, hair, or blood to unlock information about our unique histories. 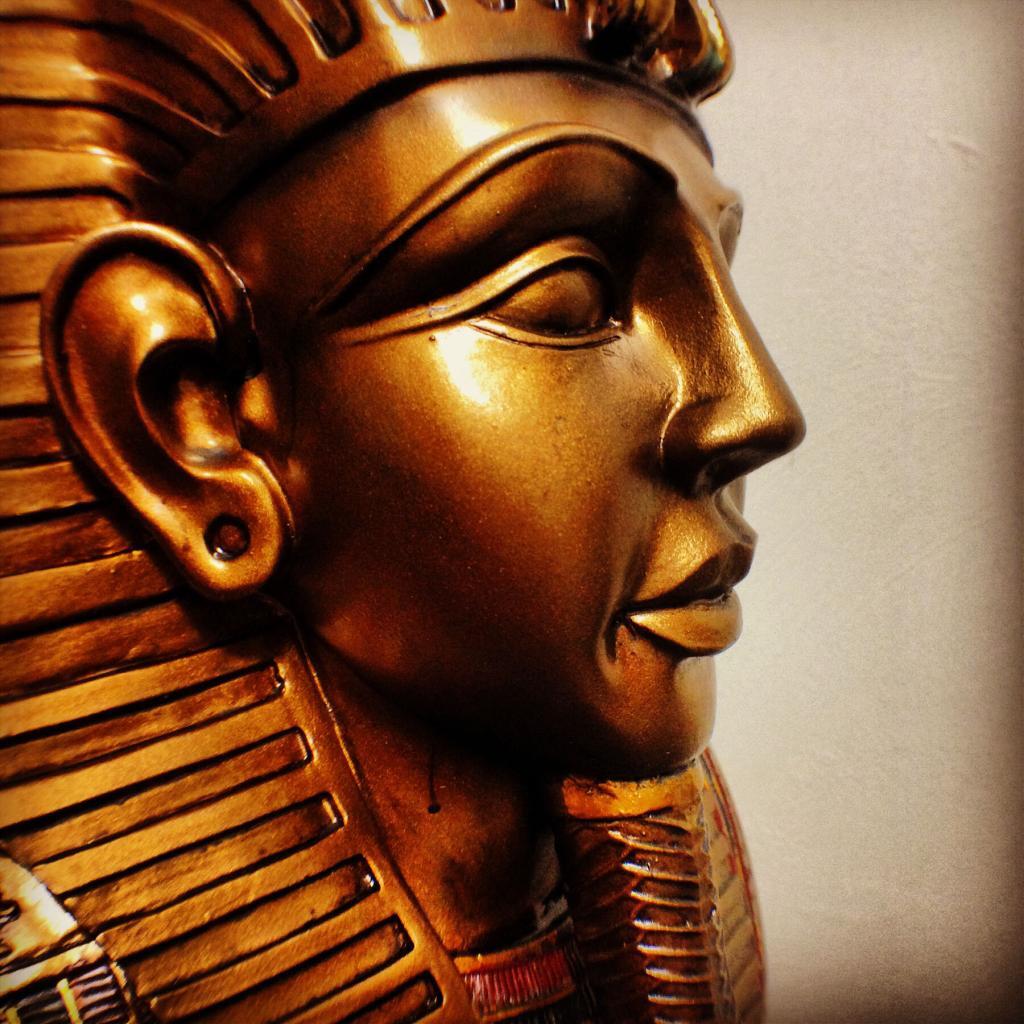 These tests are not limited to the living, however. If human remains are well preserved, they can also be run on the deceased. Such was the case with King Tutankhamun, the famous boy king of Egypt.  What resulted was a fascinating, if not controversial, discussion on his ancestral origin and a call to locate King Tut’s current descendants. Could you be one of them?

In 2020 researchers in Egypt published results of an analysis of the mitochondrial and Y-chromosomal haplogroups of several mummies of the 18th Dynasty, Including Tutankhamun.

We learned from this that King Tut is from the haplogroups: YDNA R1b / mtDNA K.

No two people have exactly the same DNA, so our cells’ instructions are a bit different from one person to another. Families often share a greater degree of DNA similarity, however.

But many people have the same haplogroup. A haplogroup is a genetic group of people who share a common ancestor on the patriline or the matriline.

Y DNA tests can be taken by genetic males to learn more about their paternal roots. Y-DNA testing works because YDNA is directly paternally inherited. Living men have the same (or very similar) YDNA as their father, grandfather, great grandfather, and so on. If you match with someone on a Y DNA test, then you likely share an ancestor with that person along your paternal line.

So what Dr. Hawass’s team is telling us is that according to the YDNA test King Tut is from the R1b haplogroup.

All modern humans are descended from a male and females who likely lived in Africa. An “Adam” and an “Eve,” if you will.

Though there might not have been the only humans present at the time, they are the only people whose lineage survived. Since that time, many generations of humans have lived, expanding across the globe and generating more of these small mutations in their gametes, a process scientists refer to as single nucleotide polymorphisms, or “SNPs” (pronounced like “snips”).

It is through these unique SNPs that scientists can trace a person’s ancestral line. Each ancient SNP that occurred created a new branch on humanity’s family tree, and all subsequent progenies would bear this mutation in their DNA. The more of these old SNPs you stack up in your genetic instruction manual, the more specifically you can trace your own path on this tree.

Suppose you find yourself curious about your ancient ancestry. There are many DNA testing services worldwide to which you could send a saliva sample. Once received, a team of specially trained geneticists would extract and isolate the DNA from cells in your sample.

Depending on what kind of testing you’ve requested, there are different ways they may proceed, but we will focus on the analysis of the Y chromosome and mtDNA. While Y chromosomes are typically only found in biologically male samples, mtDNA will be available in any submission. The lab will proceed with screening the appropriate DNA material for particular SNP’s that have been cataloged and classified in humanity’s genetic tree.

A great deal of research has gone into this cataloging, and while results are subject to change as new data emerges, there are currently about 18 main branches reported for Y chromosomes and 26 for mtDNA.

Each branch is assigned a letter (A through R for the Y chromosome, A to Z for mtDNA) and represents what is called a haplogroup, which is ultimately the result your ancestry results would report. Haplogroups provide information about a very distant part of your family line. The SNPs these branches represent have been tied to specific time periods in history and regions of the world, illuminating were bands of your ancestors migrated and roughly when.

In some cases, further scanning of DNA can pinpoint additional subgroups in your haplotype associated with more SNPs stemming from the original branch. As more detail is discerned, these further classifications are assigned alternating letters and numbers.

As you might imagine, if it is intriguing to modern humans to learn more about their ancestry, the ability to better understand historical figures’ ancient past would be tempting. Very few human remains are as well preserved as mummified ancient Egyptians, and these individuals have been of great interest to researchers.

King Tutankhamun is easily the most famous of these ancient pharaohs. His tomb and body were discovered in 1922, nearly intact, which has provided a wealth of information about that period of Egyptian history. With the advent of DNA testing technology, King Tut and his presumed relatives were sequenced in 2009, however, much of the information garnered from this analysis was kept under wraps.

But now that we know the haplogroups for King Tutankhamun are, what does this mean?

Despite what some might claim, these assignments do not inherently make King Tut “European.” Instead, they only point to a common male ancestor between swaths of modern European men and himself.

Haplogroup R1b is the most frequently occurring paternal lineage in Western Europe, as well as some parts of Russia, specifically in the Bashkir minority and pockets of Central Africa, such as parts of Chad and among the Chadic-speaking minority ethnic groups of Cameroon.

So how can you find out if you are related to King Tut? Well, you need to find out what your haplogroups are.

Because a woman does not carry YDNA, if she wants to determine her paternal haplogroup, she needs to have a male relative tested instead, like her brother, father, or paternal uncle.

One advantage of identifying your haplogroup is that it can give you a good idea of where your ancestors came from. You may already know that for the past 200 or even 300 years, but some haplogroups go back 10,000 years or more!

And hey, who knows, you could very well be related to King Tut!

How incredible it is to think that so many people living now share some common ancestry with King Tutankhamun! As for whether there are people alive today that are true descendants of King Tut himself, well, that remains to be seen.

As DNA testing continues, there is every chance that relatives with the same haplotype, subgroups, and SNPs as King Tut will emerge … if this turns out to be you, congratulations! You are indeed royalty, but perhaps you’ve suspected that all along.

By the way, have you ever wondered what the back of his infamous gold death mask looks like? I found a picture! 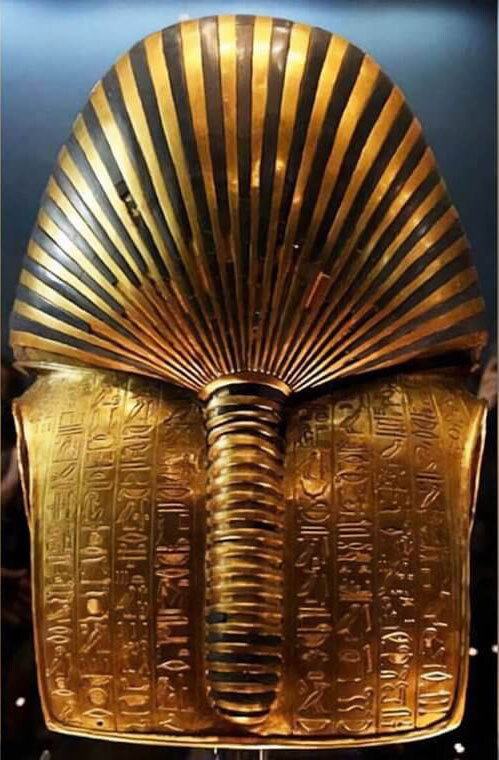