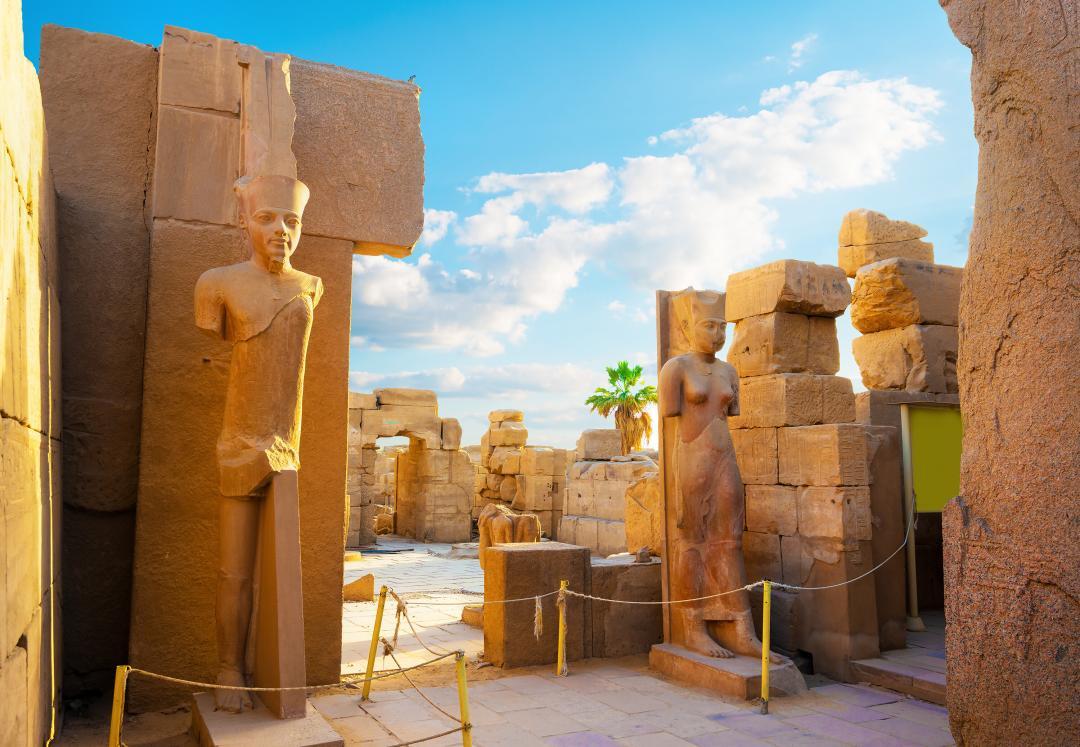 There is evidence of human activity in northeastern Africa since the Middle Pleistocene Period. By the Middle and Upper Paleolithic, between 90,000 to 10,000 years ago, there was a gradual movement of hunter-gatherer populations into the prehistoric Nile Valley and the drying lake and savannah regions of the Eastern Sahara precipitated by climatic changes. Traces of these early peoples survive in the forms of stone tools and rock carvings on the higher terraces along the Nile (including the western Theban plateau) and in the oases. As the nomadic hunter-gatherers came to settle along the edges of the Nile Valley, a transition to a settled lifestyle dependent on agriculture took place.

Names for the various phases of Neolithic cultures were once based on type-sites where typical artifacts were first classified. For the Predynastic Period, the chronological/material culture divisions Badarian, Amratian, and Gerzean have been replaced and redefined as Naqada I, II, and III. These cultures developed in Upper Egypt and were roughly contemporary with but materially different from Neolithic cultures located in the Nile Delta and typified by such type-sites as Ma’adi and Marimdah, as well as in the Fayyum and at al Omari. There seems to have been a gradual influx of Upper Egyptian Neolithic material into Lower Egypt as well as into Nubia.

Relations with neighboring peoples to the south, west, and northeast of Egypt included both trade and warfare.

Pit graves were common throughout the Nile Valley, particularly in Upper Egypt (sites excavated in Lower Egypt are predominantly settlement sites), but gradually came to be replaced by more regular, rectangular chambers cut into bedrock and covered with small mounds of debris and, later, of mud-brick. Numerous grave goods indicate a belief in an afterlife and their uneven distribution in cemeteries already points to a stratified society.

In the Theban area, evidence of Naqada, I, and II structures and graves have been found at the site of El-Tarif, which is just southwest of the modern village of At-Tarif.

El-Tarif is a necropolis on the West Bank of the Nile, at the site of ancient Thebes (Luxor), Egypt. It is located in the northwestern outskirts of Luxor and southeast of the Valley of the Kings, opposite Karnak. It is the oldest of West Thebes’ necropolises.

Ancient Society
Today is November 15, 2022, but in ancient Egyptian times it would be Ka-Hr-Ka 30, during the season of Akhet -- which is a month dedicated to Sekhmet. Today is a Very favorable day.