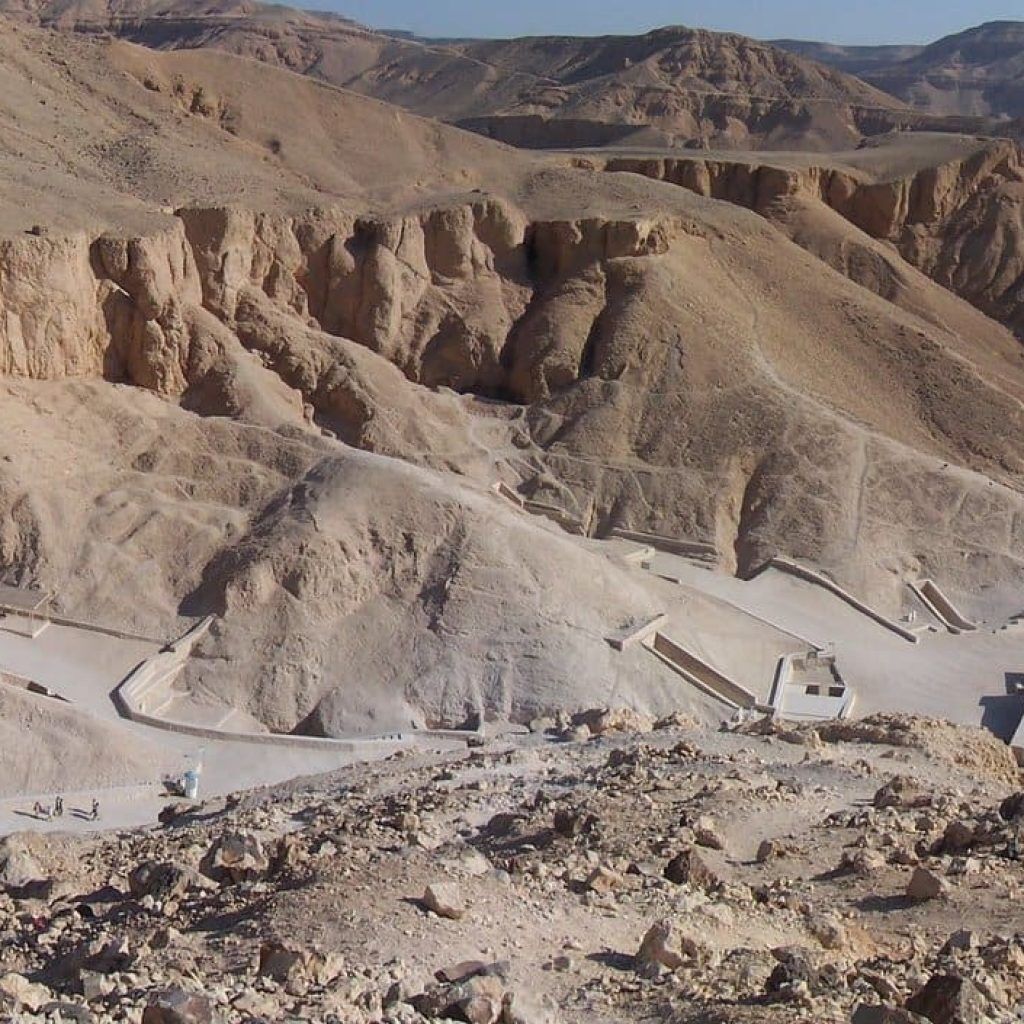 KV A, located in the main wadi of the West Valley, is cut into the base of the cliff at the head of a watercourse 60 meters (197 feet) south of the entrance to KV 22. An entryway of rough steps (A) descends to a gate (B) that still retained much of its rubble blocking. The single-chamber B inside the gate was partly filled with limestone chips and dirt. Numerous fragments of broken pottery vessels, some with blue painted decoration, were found in the debris. Jar sealings and dockets name Amenhotep III and give dates in his regnal years 32 and 37. Other artifacts are associated with tomb decoration, including limestone ostraca with sketches, ceramic fragments used for holding pigments, lumps of plaster, and rope.

It is not known whether this tomb’s construction was contemporary with that of KV 22 (Amenhotep III) or if it predates it. From the nature of the artifacts found in the debris, it appears to have been first used to store equipment during the construction of KV 22. Subsequently, vessels belonging to Amenhotep III’s burial equipment were stored here. Other artifacts belonging to the king’s burial, such as part of a leather quiver, are thought to have come from debris removed from KV 22. There was no evidence from the artifacts of a burial there.

Dating: This site was used during the following period(s):
New Kingdom, Dynasty 18, Amenhotep III (or earlier) 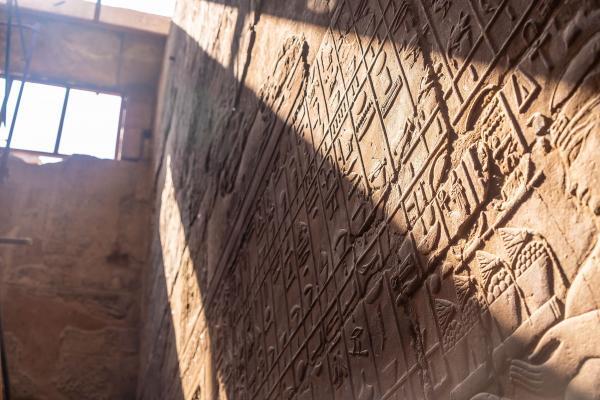