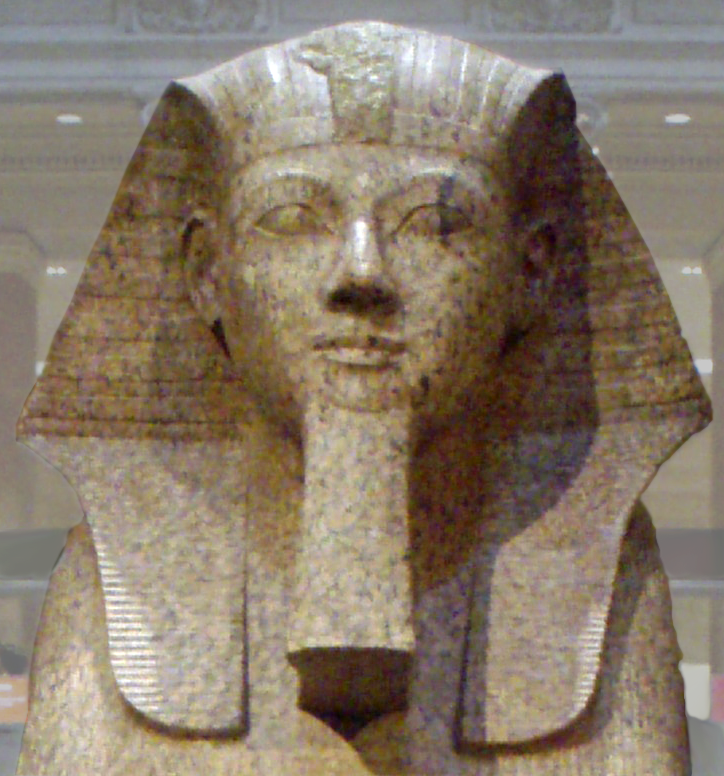 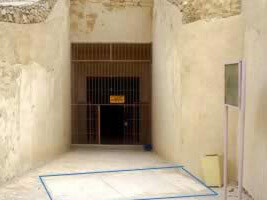 The tomb is located in the southeast branch off the southeast wadi, immediately beside the entrance of KV 19, south of KV 20, in the eastern cliffs of the Valley. It is a small, undecorated tomb, consisting of an entryway stairway (A), a corridor (B) with recesses and a side chamber (Ba), and a roughly-cut burial chamber (J).

Tomb KV60 in Egypt’s Valley of the Kings is one of the more perplexing tombs of the Theban Necropolis, due to the uncertainty over the identity of one female mummy found there (KV60A), thought by some, such as the noted Egyptologist Elizabeth Thomas, to be that of the Eighteenth Dynasty pharaoh Hatshepsut.  This identification has been advocated by Egyptologist Dr. Zahi Hawass. 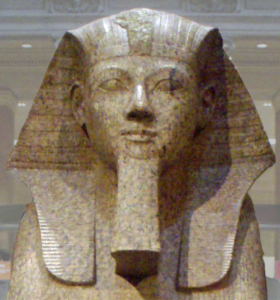 KV 60 was first encountered by English archaeologist, Howard Carter.  The tomb had been robbed in ancient times and there were bits and pieces of objects from a destroyed burial.  In the chamber at the end of the corridor chamber were found two female mummies: one lying on the floor and the other in a lidless coffin bearing the name of a royal nurse named Sitre.

There were no paintings on the wall to provide additional information.  Carter and a colleague surmised that perhaps these two women were nurses of the 18th dynasty pharaoh, Thutmosis IV (c.1400- 1390 B.C.) whose royal tomb is situated nearby.  He wrote only a few comments about the tomb in a journal article the next year.  A few years later, a statue was found that indicated that Sitre was the royal nurse of the famous female pharaoh, Hatshepsut.

Hatshepsut ruled Egypt successfully (c.1473-1458) during the 18th dynasty and her reign was characterized by spectacular building projects and foreign expeditions.  There is much speculation about her life and she is recognized as one of the great women of ancient history.  A royal and much-damaged tomb in the Valley, KV 20, belongs to her. 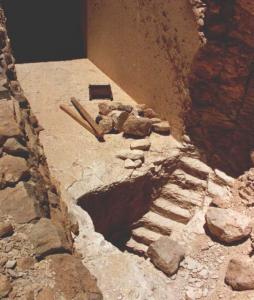 The entrance stairs of KV 60 as rediscovered by the PLU expedition in 1989. 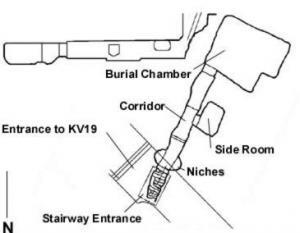 Site History: An inscription on one coffin bore the name and title, royal nurse, In. In has been thought by some to be Sit-Ra, called In, royal nurse of Hatshepsut. The mummy is now in the Egyptian Museum, Cairo. The other, still unidentified mummy remained in situ. Thomas suggested it might be the mummy of Hatshepsut, relocated by Thutmose III.

Dating: This site was used during the following period(s):
New Kingdom, Dynasty 18

Conservation history: During Ryan’s work on the tomb in 1989, a wooden box was built to hold one mummy, and a metal cover was set over the pit entrance.

Site condition: The tomb was excavated by Carter and then closed again. It was relocated recently by Donald Ryan of Pacific Lutheran University. 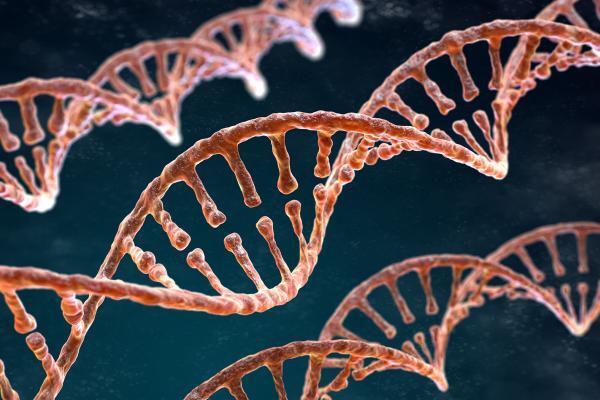