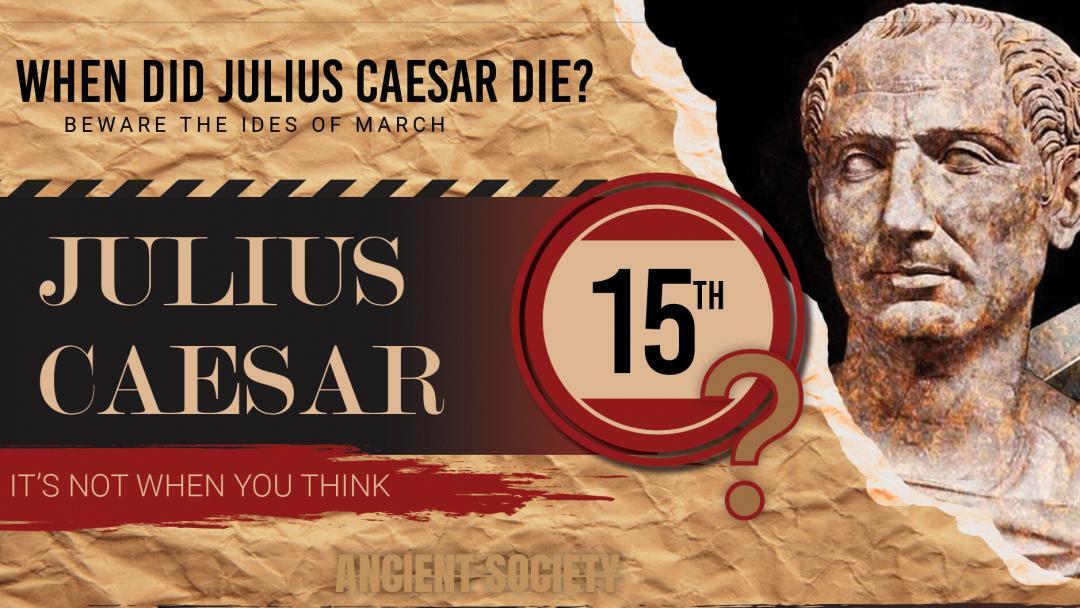 Ask anyone when Julius Ceasar died and no doubt they’ll tell you “The Ides of March,” because that’s what we were all taught in school. However, modern-day research tells us, what we were taught was wrong.

I guess it wasn’t really that we were wrong, it’s just a popular misconception.

Most of society knows what they do about Julius Ceasar’s death based on the play about him by Shakespeare. But plays (like movies) aren’t always based on facts. They are about entertainment and it turns out Shakespeare took some creative license and made a few minor tweaks about the life and death of Julius Caesar. 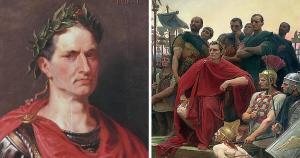 Shakespeare was only off by a day in regards to his death. It’s understandable however because the conversion from the Roman to the Julian calendar gets a little complicated.

So when exactly did Julius Caesar die? Well if you want to get technical Julius Caesar died on Id. Mart. AUC 710 (Ides of March, 710 years after the founding of the city), which turns out to be March 14, 44 BC, based on our current calendar.

Prior to the Julian calendar, we referred to events as AUC. 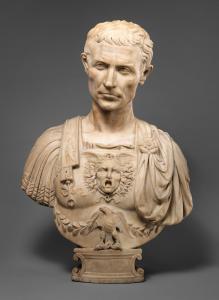 In literal grammar-translation, ab urbe condita becomes English “from the founded city”, and anno urbis conditae becomes “in the year of the founded city”. While this produces odd-sounding English syntax, in Latin this manner of expression is valid, and in particular usual for the word condo (“to found”, etc.) in the Classical language; it conveys a tone that is somewhat more archaic and lofty.

But for simplification purposes, all you need to know is back then they called things AUC – then the year in question. For example, Rome was founded in 753 BC, or AUC 1. The year 1 AD would be AUC 754.

But back to Julius Caesar. Julius Caesar died on  Id. Mart. AUC 710, which as I previously pointed out, actually converts to March 14, 44 BC. Here is how we know that … trust me when I say, it’s about to get complicated. But we have to work out the math to understand.

The first day of each month in Roman times was referred to as KAL ENDS or KAL for short.

The Roman calendar has 12 months just like our own calendar.

The next part is the complicated mathematical computation on how Julius Ceasar’s actual date of death worked out to be the 14th of March and not the 15th.

(From Christ Bennett) While the Julian calendar began operation on Kal. Ian. A.U.C. 709 = 45, leap years were initially inserted every third year instead of every fourth until the error was corrected by Augustus.

The most detailed description of this reform is given by the fifth-century author Macrobius Saturnalia 1.14.13. He states that after Caesar’s death the pontiffs caused the leap day to be inserted “at the beginning of every fourth year instead of at its end” (i.e., since the Romans counted inclusively, every third year instead of every fourth) for 36 years, after which time there had been 12 leap days in a period that should have had 9.

This argument depends critically on the analysis of the length of the years between A.U.C. 702 = 52 and A.U.C. 713 = 41. Perhaps the weakest point is A.U.C. 708 = 46, which relies on secondary evidence, although primary evidence shows that the total intercalation of this year must have been much in excess of 67 days. Scaliger thought this year was 444 days long, which would imply two Julian leap days. This solution is only possible on Scaliger’s triennial phase, in which A.U.C. 709 = 45 and A.U.C. 712 = 42 were both leap years. However, the evidence considered here is against this phase. The MS tradition of Macrobius makes A.U.C. 708 = 46 443 (or 440) days long, which would require three Julian leap days (which is impossible) or at least one error in the analysis of the late Republican calendar (which is very unlikely).

So while Julius Ceasar may have died on the AUC 710 Ides of March in Roman times but based on our modern-day calculator that day would have actually fallen on the 14th of March in the year 44 BC.

Speaking of the Ides of March. 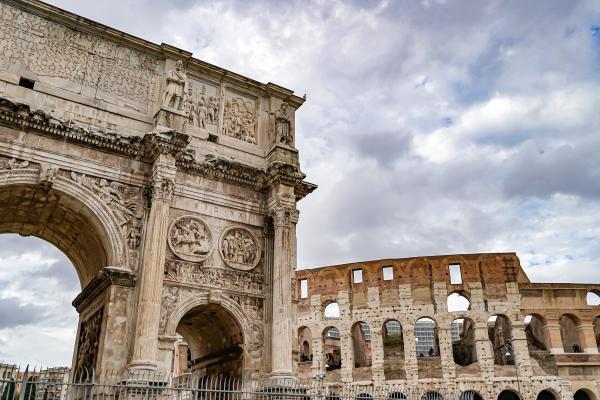 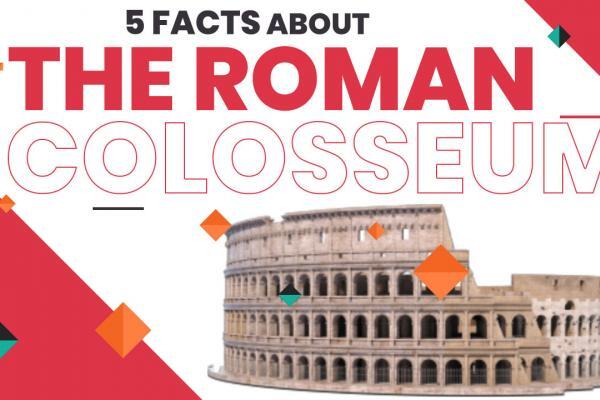 Ancient Society
Today is August 09, 2022, but in ancient Egyptian times it would be Tekh 22, during the season of Akhet -- which is a month dedicated to Thoth. Today is a Very adverse day.