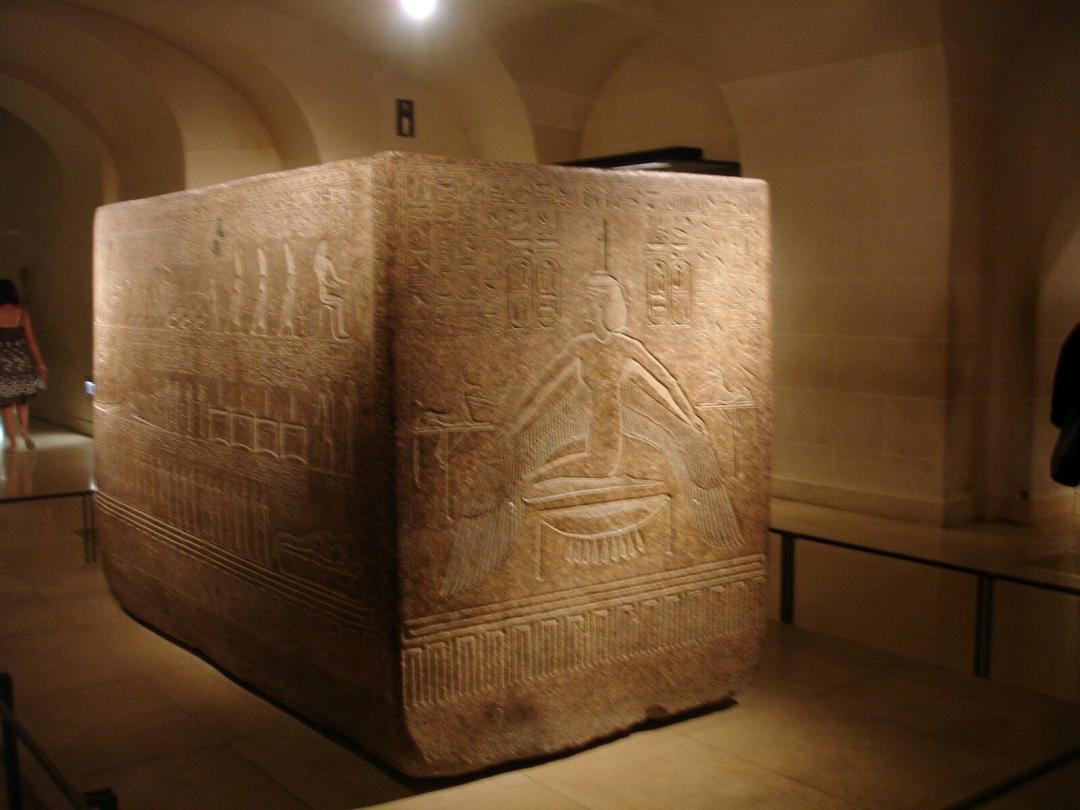 Ramesses III was the second Pharaoh of the 20th dynasty in Ancient Egypt. He reigned from 1186 to 1155 BC. The Judicial Papyrus of Turin tells the story of his death. The papyrus is a combination of several papyri, and it contains the entire list of those who participated in the conspiracy, as well as their verdict and punishment they received. 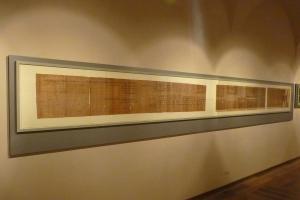 The papyrus is not a detailed record of court proceedings, but rather a list of the defendants, who were often referred to by a pseudonym such as Mesedsure, meaning “Re hates him”, the crimes they were accused of and their sentence. It was once thought that the trial itself was carried out under the supervision of Ramesses III, as the document opens with his titulary and he gives the following instructions to the judges:

As for the matters which the people-I do not know who-have plotted, go and examine them’. And they went and examined them, and they caused to die by their own hands those whom they caused (so) to die, though [I] do not know [wh]o, [and they] also punished [the] others, though I do not know who. But [I] had charged [them strictly], saying: ‘Take heed, have a care lest you allow that [somebody] be punished wrongfully [by an official] who is not over him’.

It is now known that Ramesses III did not survive the attempt on his life and that the trial was carried out by his successor Ramesses IV in the name of his murdered father.

The court consisted of twelve judges: Montemtowe and Pefrowe, overseers of the treasury; Kara and Hori, standard-bearers; Paibese, Kedendenna, Ba’almahar, Peirswene, and Dhutrekhnefer, butlers; Penernute, the king’s adjudant; and Mai and Pre’em-hab, clerks. Over the course of three trials, those who actively participated in the conspiracy and those who aided them were tried before the court, found guilty and punished accordingly. Pebekkamen, Mastesuria, Panayboni, Panouk, and Pedua were all placed before the officials of the Court of Examination; they found him guilty; they caused his punishment to overtake him.

In total, 28 people were executed while 10, including Pentawer, were allowed to take their own lives. The text refers to it laconically as:

They (i.e. the judges) left him in his where he was, he took his own life.

The fourth and fifth trials concern the punishment of members of the court. A further four people, including two of the judges, Paibese and Mai, had their noses and ears cut off, and another was verbally reprimanded, for cavorting with the accused women. Hori was also involved but his punishment is not recorded.

So what exactly happened?

Like all the other Pharaoh’s before him, Ramesses III had a harem with a plethora of minor wives. The women of his harem came from the families of aristocratic families. It wasn’t unheard of for a Pharaoh to several dozen minor wives. Ramesses II for example had 48 to 50 sons and 40 to 53 daughters. He had two principal wives, Nefetari and Isetnofret, and at least six more great royal wives and who knows how many minor wives from his harem.

As far as Ramesses III goes, we only know the names of two of his wives, Tiye and Tyti.

Tiye wanted her son Pentawer to be next in line for the throne, but it was Tyti’s son, Amonhirkhopshef, who was the hereditary prince and would go on to be Heqamaatre Ramesses IV, the third pharaoh of the 20th dynasty of the New Kingdom.

Tiye wanted her son to be the next pharaoh so she gathered support from other women in the harem. This could potentially be a big problem for Ramesses because remember the members of the harem all come from powerful families, including some military families.

She used these connections to attempt to assassinate Rameses III by poisoning him.  He would go on to be buried in KV11, in the Valley of Kings. 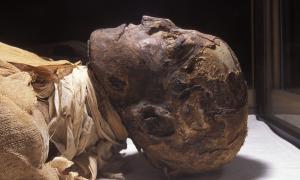 The trial documents show that many individuals were implicated in the plot. Chief among them were Queen Tiye and her son Pentaweret, Ramesses’ chief of the chamber, Pebekkamen, seven royal butlers (a respectable state office), two Treasury overseers, two Army standard bearers, two royal scribes, and a herald. There is little doubt that all of the main conspirators were executed: some of the condemned were given the option of committing suicide (possibly by poison) rather than being put to death. According to the surviving trial transcripts, a total of three separate trials were started, while 38 people were sentenced to death. The tombs of Tiye and her son Pentaweret were robbed and their names erased to prevent them from enjoying an afterlife. The Egyptians did such a thorough job of this that the only references to them are the trial documents and what remains of their tombs.

Some of the accused harem women tried to seduce the members of the judiciary who tried them but were caught in the act. Judges who were involved were severely punished.