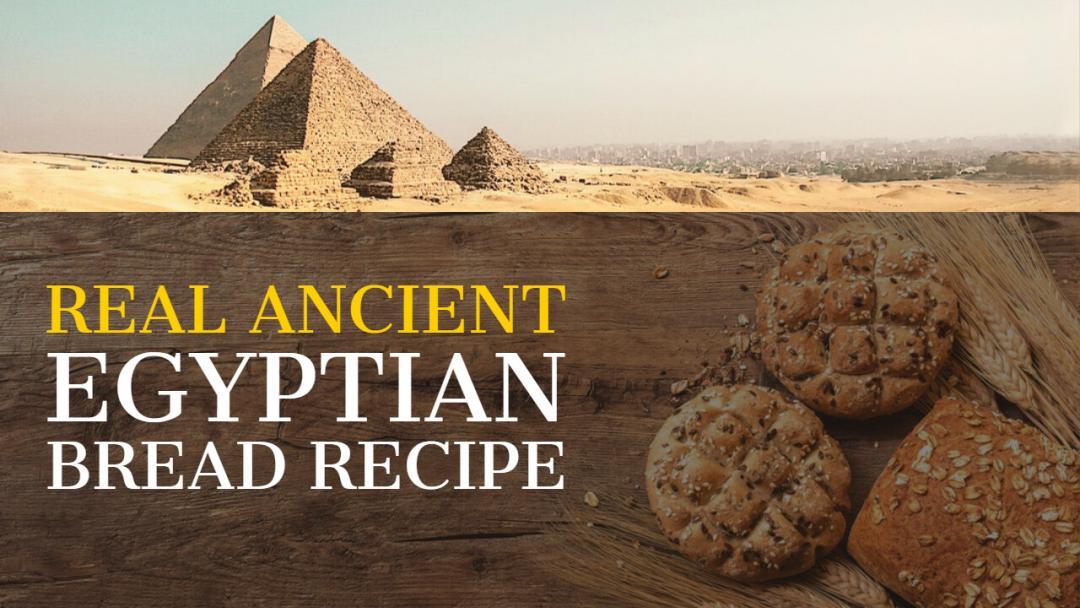 Did you ever wonder how the ancient Egyptians made their infamous bread? Well, we found a real recipe on the tomb wall of Senet. Her tomb is in the ancient city of Thebes in Theban tomb number TT60. Senet was either the wife or mother of Antefoqer, a vizier. Antefoqer served both King Amenemhat I and his son Sesostris I at the start of the Twelfth Dynasty, between 1958 and 1913 BC.

If you plan on making this bread don’t forget that the Egyptians used a different kind of wheat called Emmer.

Egyptian bread was made almost exclusively from emmer wheat, which was more difficult to turn into flour than most other varieties of wheat. The chaff does not come off through threshing but comes in spikelets that needed to be removed by moistening and pounding with a pestle to avoid crushing the grains inside. It was then dried in the sun, winnowed and sieved, and finally milled on a saddle quern, which functioned by moving the grindstone back and forth, rather than with a rotating motion.

Here is the recipe for ancient Egyptian bread

Crush the grain with sticks in a wooden container. Pass the crushed grain through a sieve to remove the husks. Using a grindstone, crush the grain still finer until you have a heap of white flour. Mix the flour with enough water to form a soft dough.

Knead the dough in large jars, either by hand or by treading on it gently. Tear off pieces of the kneaded dough and shape into rounds.

Either cook directly on a bed of hot ashes or place in molds and set on a copper griddle over the hearth. Be attentive while cooking: once the bottom of the bread starts to brown, turn over, and cook the other side.

Ancient Society
Today is April 16, 2021, but in ancient Egyptian times it would be Hnt-Htj 2, during the season of Shemu -- which is a month dedicated to Horus.